Aldo is tall with tanned skin. He has long hair pulled back away from his face that goes halfway down his back. Aldo is lean rather than muscular being fit and trim rather than bulky. He wears leathers under his amour and an unbleached cotton shirt, with good sturdy boots. His body has scars across the chest, back, arms and legs.

Two years ago Aldo sort out and then joined The Legion of the Light. After being placed in a group of new recruits and went on his first mission. The chapter has headed north Ereworn following a lead of strange sightings. They have also been to (Greenland), come into contact with a deranged doctor carrying out unusual experiments on people, visited the flying castle of the Valsana and followed a group of worshipers trying to open a portal to the Great ones with Inquisitor Lichtenstein. Aldo doesn’t talk much about these missions, though he has hinted that more occurred than has been expressed.

Aldo was working on a mission in Innsmouth when he was captured and held captive in the Esoteric Order of Dagon. After investigating a strange lead from an earlier mission Aldo and his chapter went to Innsmouth. While there they were approached by a young local woman who asked for help. Checking around the town Aldo and the others upset the locals that were worshiping the Deep Ones and attempted to flee the town. Unfortunately they didn’t make it to safety and were dragged back to be locked under the worshipers main building. 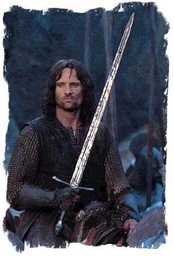