A citizen of the wonderful land of Chaubrette, Jaques has a knack for diplomacy not normally seen in his fellow countrymen. As a result, his career ended up being 'promoted' to Elleslandic Liasion to the Legion of the Light, with predictably hilarious ou

Save vs Pointy : V Low
Save vs Mind : Good
Save vs Magic : either VV Good or VV Low

Born the only son of minor nobles in the Court of Chaubrette, Jaques was spoilt with the attention and resources normally split amongst siblings. As a result he never learnt to bond properly with other children his age, considering them in some way inferiors – to be pitied, not hurt, but definitely best left alone. What need of people, when they just … interfere so?

At the age of five while young Jaques played in the Leblanc library, a series of accidents saw him pulled unconscious and bleeding from the wreckage of the shelves and books by a hysterical maid screaming for “l’aide!” The summoned physician attended the physical injuries and advised they would heal, but when he would awake? – that was a question for the Chaubrette religion to answer.
The next morning, as it turned out, with no memory of the whole event. The family sighed quietly and moved on with their lives. But since that day, young Jaques became aware of the Others. Not in any context apart from the fact they existed. What they were, what they wanted, that was unknown. But there was Them. Obviously not all the people saw or recognized them, so there was no point alarming or telling anyone. C’est la vie, no?

Compolsary military service found LeBlanc, J medically unfit for active combat duties officially due to having one leg shorter than the other, but unofficially because he was possibly the worst recruit in the glorious history of Chaubrette. He repeatedly failed to gain basic sword use, often injuring himself prior to practice by enthusiastically grasping the pointy end. He was banned from the archery range after three fatalities, the last a high ranking visitor standing behind the archers. His physical fitness was legendary in it’s own way, getting stuck in ladders , ropes and pipes and collapsing on forced marches.

Rejecting the gritty, tedious and often painful physical world, Jacques threw himself wholeheartedly into learning, knowledge in general but languages and cultures of Other places in particular. These relatively rare skills, coupled with his family connections led to his induction to the Department of Foreign Affairs as an adjunct.

Years rolled by, places became visited and known, people became acquaintances and then friends, and Jaques was ‘promoted’ to Ambassador to Elleslande, due to his vast knowledge and deep experience. Not at all because his predecessor’s ship was reported lost at sea with all hands on board.

With considerable excitement, Jaques reviewed his orders;
Travel to Klyster and go to the Legion of the Light. Ask for the highest ranking official on site and currently alive.
Give them this letter explaining why you’re being attached to them to deal with as they see fit.
It also explains how valuable and well regarded you are by the CANNON AND BANG POWDER WIELDING NATION OF CHAUBRETTE and how we would value and appreciate their kind co-operation, and hope they extend you every courtesy due to the ambassador of the land of Chaubrette. It also says we have a system to check on you every so often – it won’t ever actually help you , but if you die, at least we’ll know and why.
Then do what they tell you, learn, observe, and above all report. Help them as much as possible, gain friendships if it will help. Learn how they think and we will go from there. 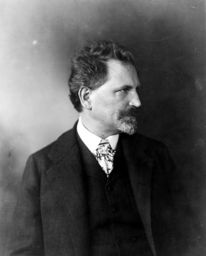